Build Better. Ship Faster. Minimize Risk.
‍
Data Protocol is the future of developer education, teaching developers and technical professionals what they need to know, the way they want to learn. The live terminal environment and  immersive platform is the most effective way to teach, train, and certify technical professionals. Don’t take our word for it. Take the tour. 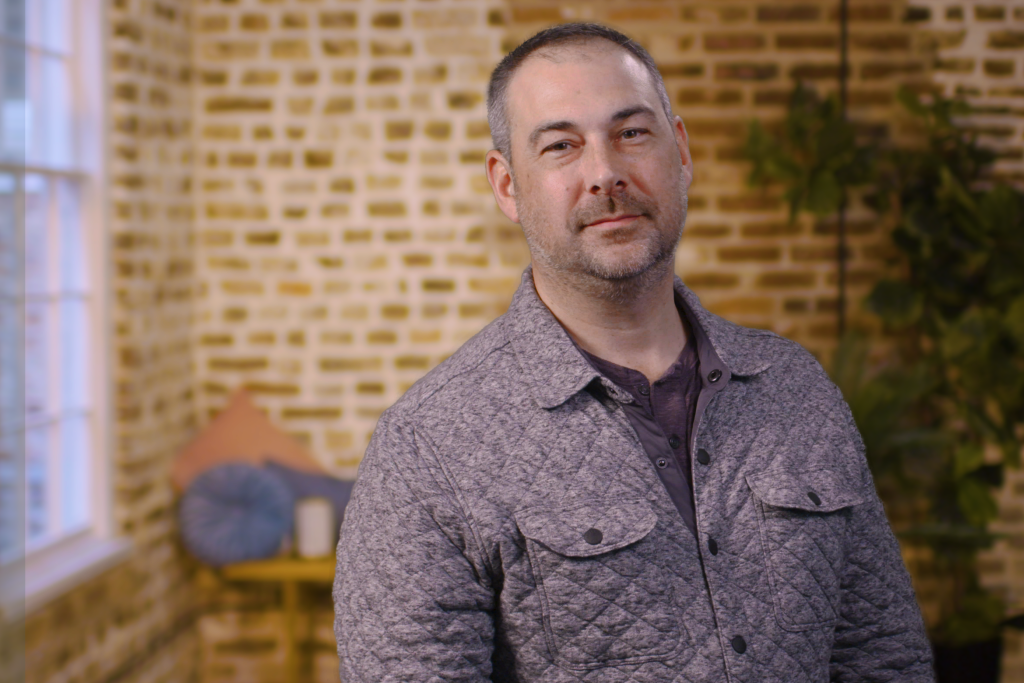 Jake Ward is the co-founder and CEO of Data Protocol. He is an advocate for developers and a solver of problems. Jake’s career began in policy communications, evolved to focus on technology, and landed on entrepreneurship. Along the way Jake developed a zealot-like belief that with the right tools and enough time, any challenge could be overcome. Data Protocol is the realization of that conviction.

As a veteran of too many policy fights to list, the beneficiary of wisdom and guidance from extraordinary mentors and bosses, and a professional work in progress, Jake’s journey informs his approach to building companies and helping small, dedicated teams of people to change the world.

Jake is a graduate of Wheaton College and Northeastern University, the co-founder and former CEO / President of the Application Developers Alliance, a co-founder of CaddieNow, and Chairman of the Connected Commerce Council (3C). 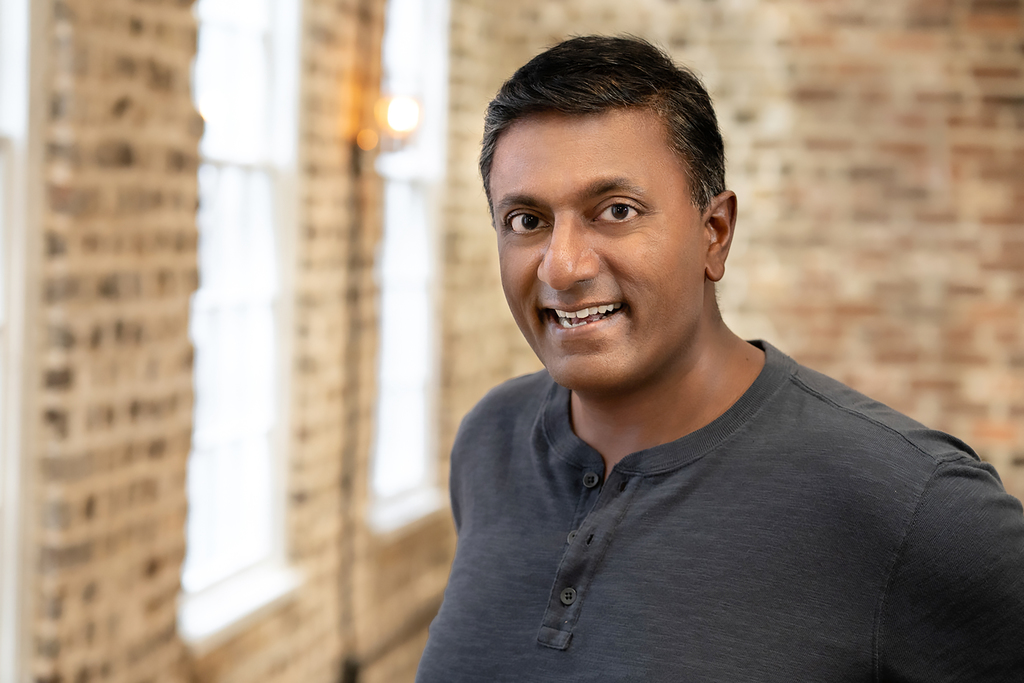 Peter Cherukuri is a co-founder of Data Protocol. His career has been focused at the intersection of technology and storytelling. Prior to Data Protocol, Peter served in senior executive leadership roles at Politico, Huffington Post, and the Economist Group with P&L responsibility to develop innovative, sustainable content business models. In addition to his media experience, Peter served as President of the startup incubator, 1776, co-founded a DC based angel investment group, K Street Capital, and co-founded a think tank focused on data policy, The Data Catalyst Institute. 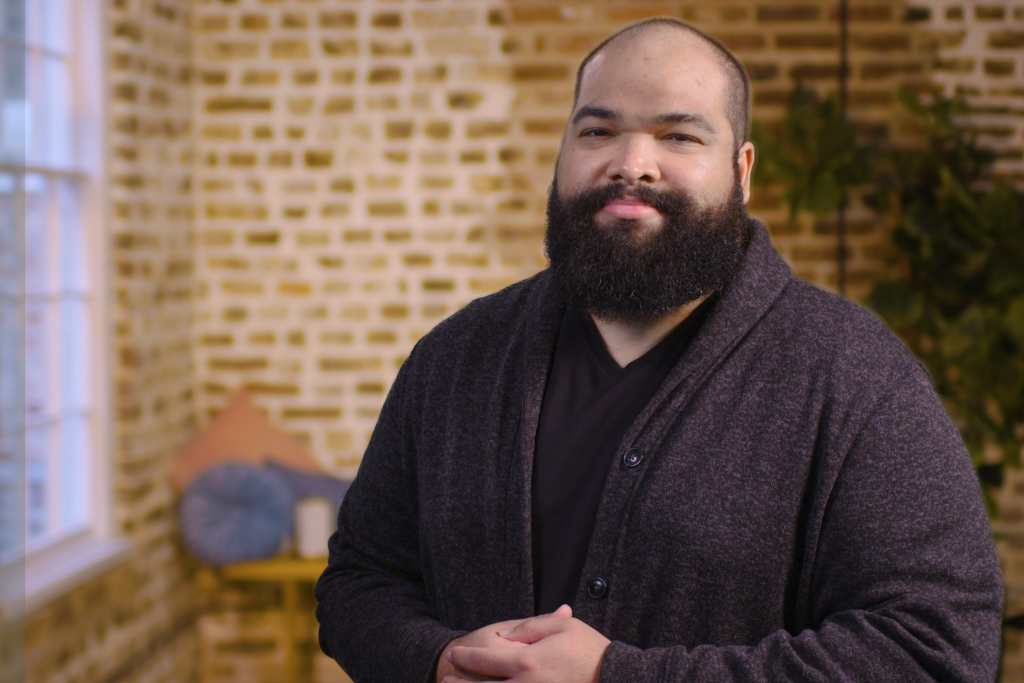 Joseph is an award-winning tech leader and architect of solutions for a wide variety of digital projects. Having served as the Technical Director for the highly respected children's companies Sesame Workshop, Toca Boca & HOMER, Joseph has led numerous technical teams and garnered four Daytime Emmy Nominations for Outstanding New Approach. Constantly learning new technologies to stay at the forefront of technical innovation, Joseph is a Blockchain enthusiast. When he’s not heads down in engineering blogs and books, you may find him in his backyard in Atlanta playing with his wife and 2yr old son and refining his BBQ recipes. 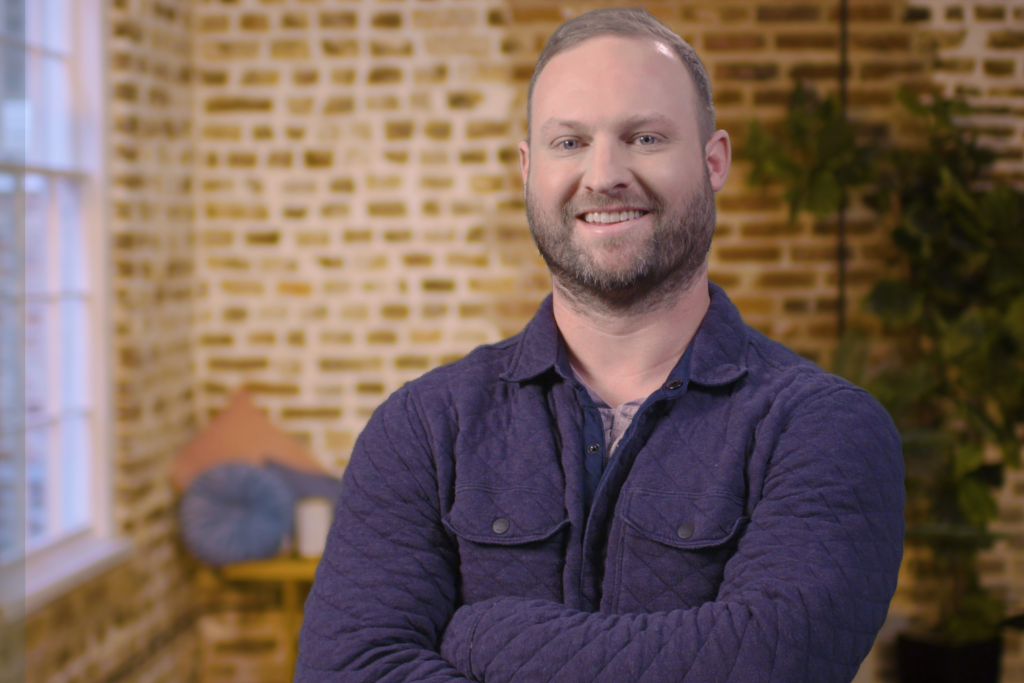 Patrick Boylan is the Chief Experience Officer at Data Protocol. He is dedicated to creating a truly empathetic and aesthetically pleasing learning experience for developers at every touch point on dataprotocol.com and beyond.

Patrick has managed the design and development of countless digital properties and platforms, from award-winning advocacy campaigns to e-commerce solutions. His journey has taught him the importance of audience empathy, adaptability, and nimbleness.

Patrick is a graduate of Clemson University with a B.A. in Marketing, and the founder of Raconteur Creative. Based in Washington, DC, he can be found enjoying Clemson sports or entertaining his two German Shepherd dogs. 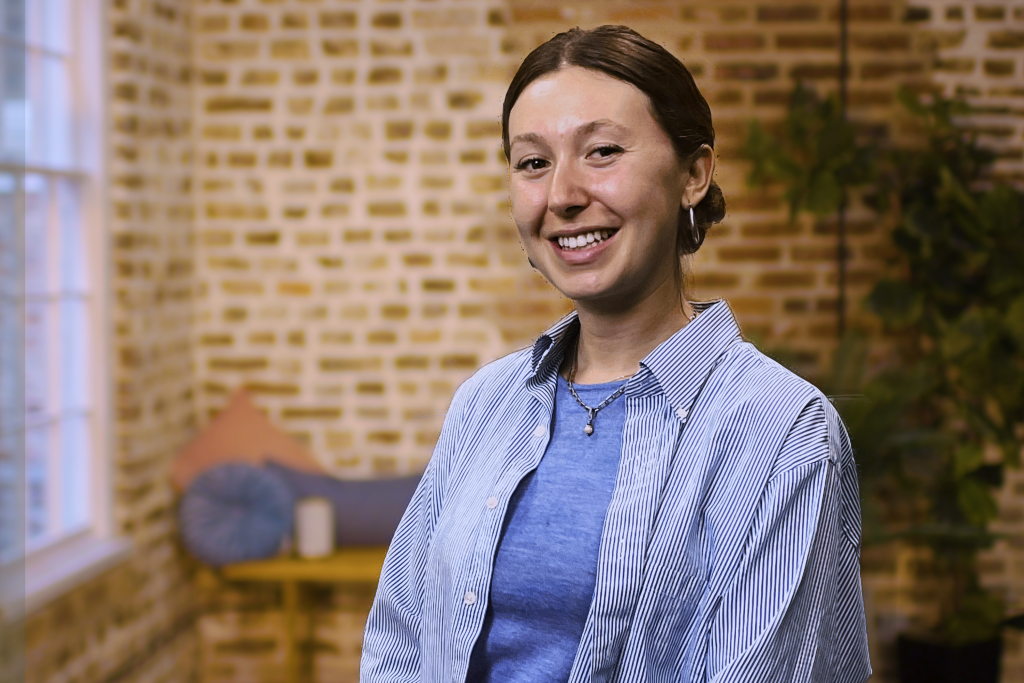 Flora Field is a Content Strategist at Data Protocol. She is an award-winning poet and has written, edited, and researched for projects ranging from podcasts to screenplays. She is passionate about teaching people how to write and explaining why writing does or does not work.

Flora graduated from Scripps College with a B.A. in English, and Columbia University with an M.F.A. in poetry where she was the recipient of a Teaching Fellowship. When she's not jumbling and unjumbling sentences, she can be found scouring the shelves of used book stores and walking her dog around Brooklyn. 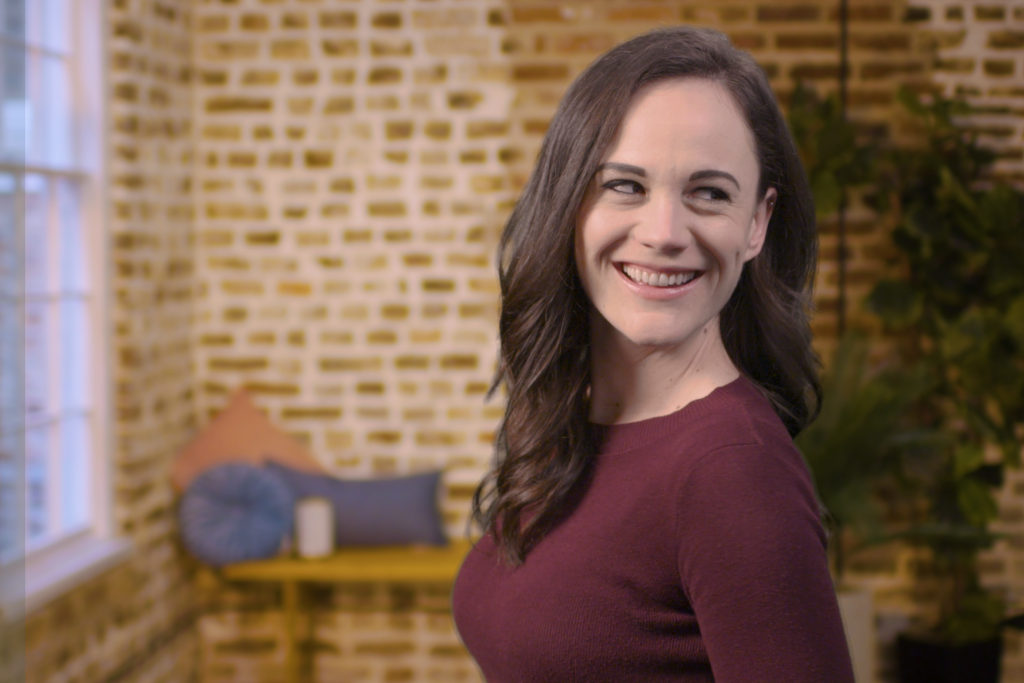 Kimber is a psychology junkie with a bent for learning. With a mind for cognition and a distaste for the well-worn path, she has spent the majority of her career relaunching and building learning departments from the ground up. Prior to joining the team at Data Protocol, Kimber was an instructional designer and program manager at Amazon. As VP of Learning, Kimber leads the learning team to success by driving innovation, defining strong practices, and designing against the status quo to champion for Data Protocol users.

Kimber is a graduate of the University of Florida and holds a Masters in Industrial & Organizational Psychology. 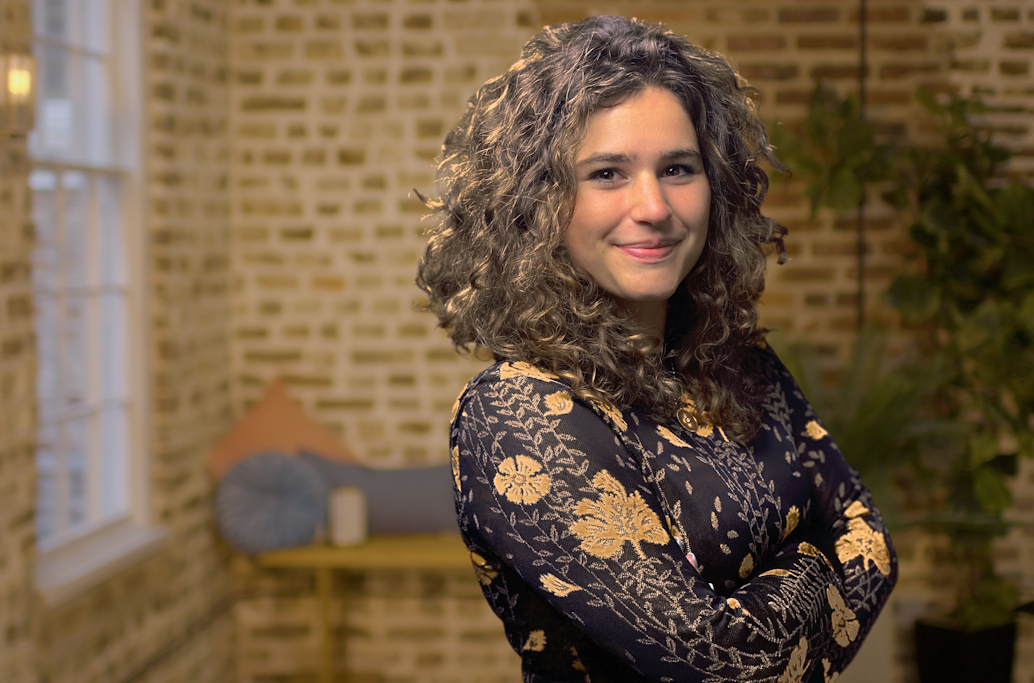 Ryan is a graphic designer with a passion for problem solving. An artist by nature, she incorporates her creativity into computing to design interfaces that maximize usability and the user experience.  Ryan received her B.A. in Computing in the Arts from the College of Charleston. In her free time, she enjoys traveling, painting, printmaking, cooking, and going to live shows. 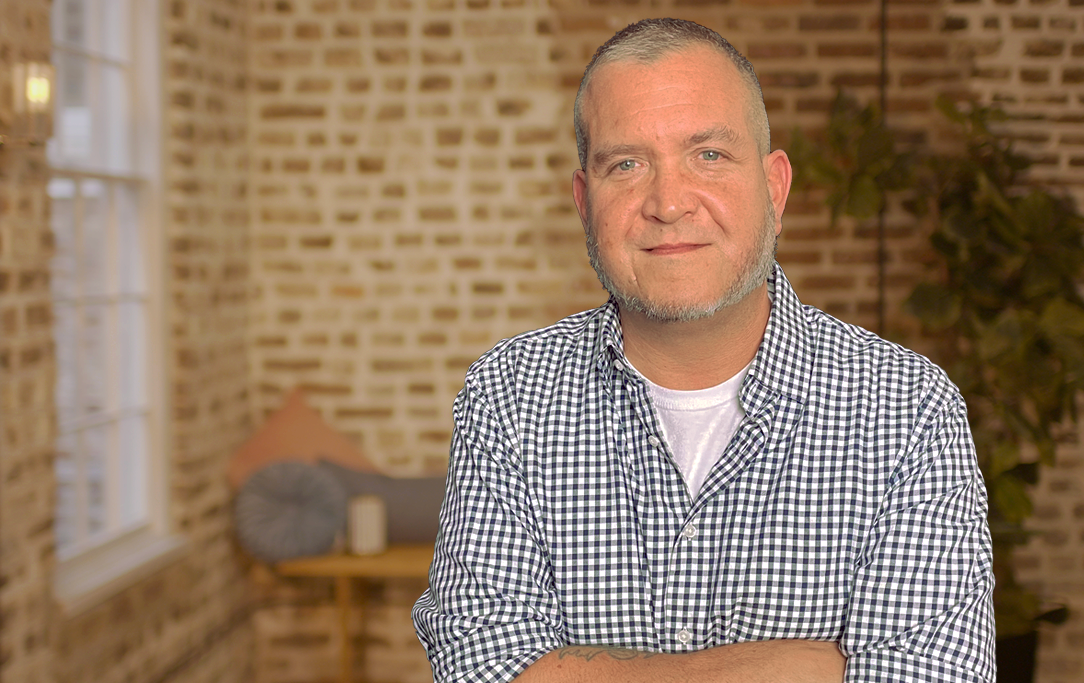 Zach is fiercely proud of his NYC (and NJ) heritage, so it came as a surprise when he decided to pack his bags (and talents) and cross the Mason Dixson line. If you ask him, he will gladly take swimming at Sullivans Island over Surfing the F Train any day.

A 15-year veteran of the NYC Film, TV, and Advertising industry, Zach has cut broadcast spots for Google, Subaru, Visa, Freshpet and has worked at major networks like NBC and Bravo.

He sees being a complete noob to the world of High Tech as a distinct advantage – offering him the ability to edit and craft pieces with a fresh perspective and point of view.  He strives to match creatively what Data Protocol does Innovatively. 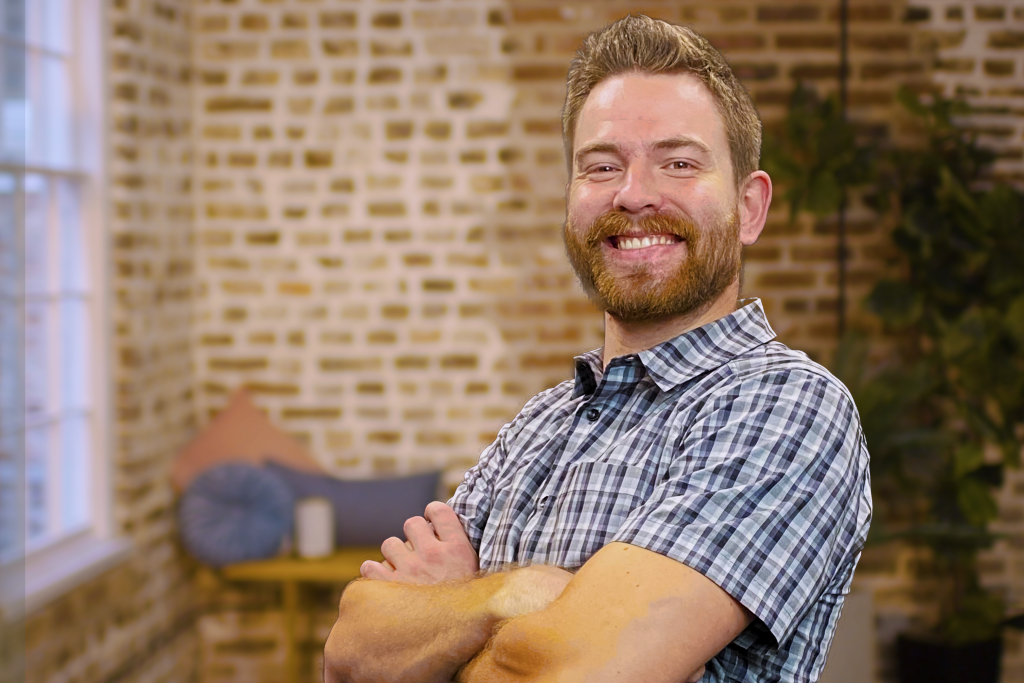 Cameron types for a living. Most of that typing is bug free.  He learned to program at 13 by undercutting other freelancers on a somewhat disreputable freelance website.  That code was definitely not bug free.  As a pre-twenties year old, he built many, many websites (all the Wordpress sites) before moving on to a much more illustrious career creating APIs, web apps, and native apps.  These days, Cameron spends his time typing JS code which splits time between its server home and client home.  Cameron also likes to type in Python and Dart/Flutter and has a special place in his heart for Electron apps (he'll definitely finish that pet project one day). 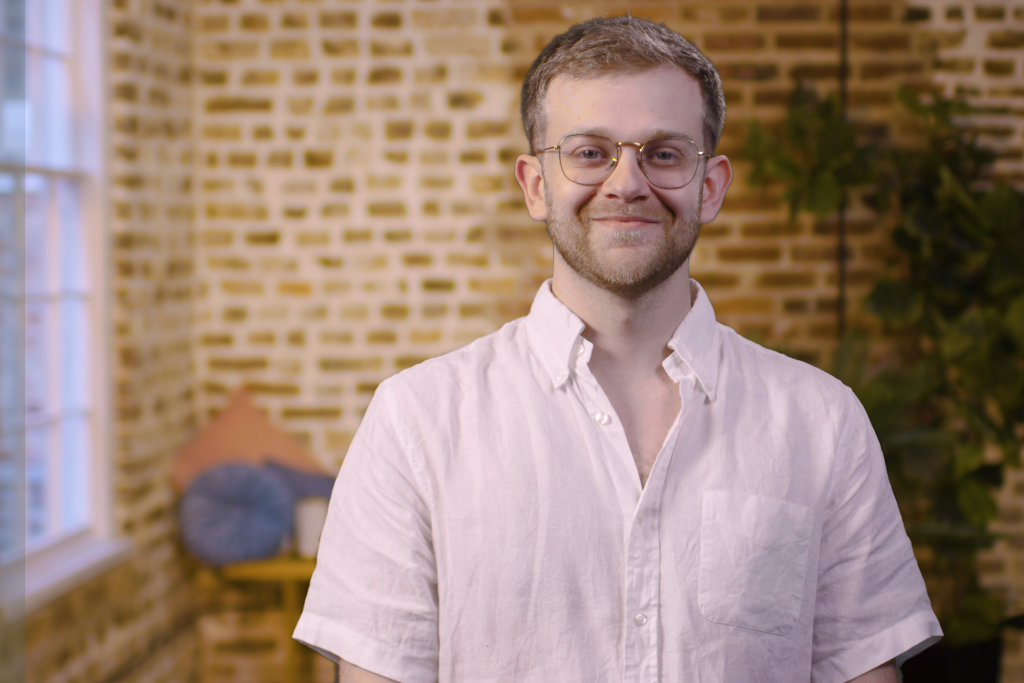 Michael is a Software Engineer at Data Protocol. He is passionate about using his skills and creativity to build a community and help others. With a developer mindset and a goal of building the best platform possible for our users, Michael focuses on details large and small to enhance every user’s learning experience.

Michael has an extensive background working in the entertainment industry. Having graduated from the College of Charleston with a B.A. in Arts Management, Michael has conceptualized and developed events that follow strict timelines, using his creative mind to find various efficient solutions. These traits assist Michael in being an excellent Software Engineer. Following his undergrad, Michael attended Galvanize to grow and excel his programming skillset.

When not at work, Michael can be found playing volleyball at the beach, riding his bike, or relaxing with his lazy cat. 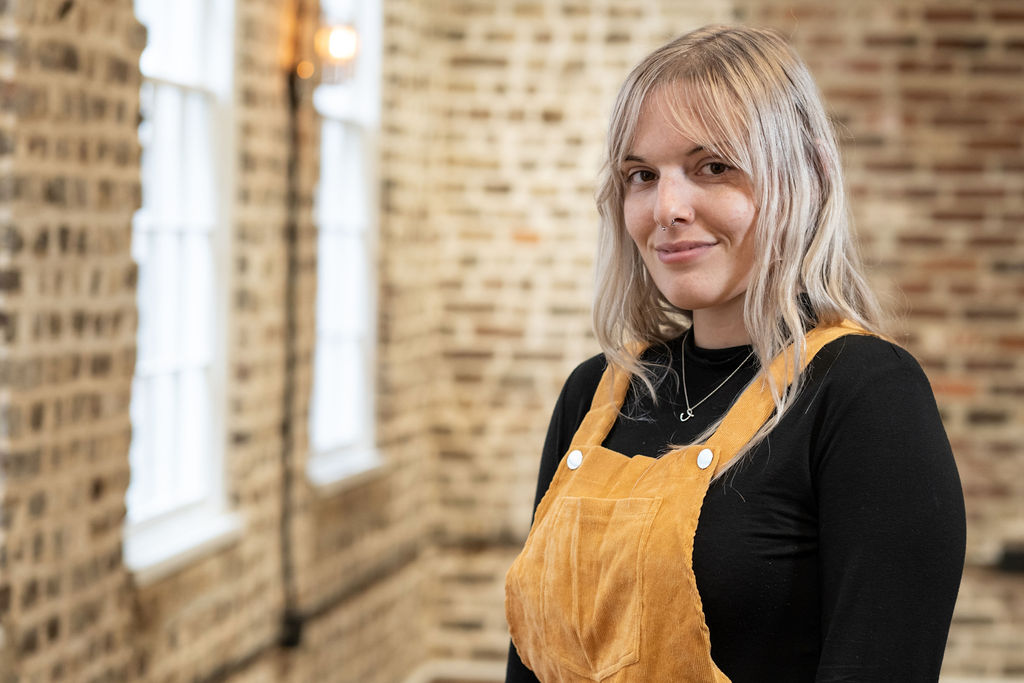 Carrigan is the Creative Manager at Data Protocol. From Saturday morning cartoons to delicate hand-drawn epics, Carrigan has always had a passion and love for animation. She firmly believes in bringing complex concepts to life through the magic of story-telling and art. She graduated from the Savannah College of Art and Design with a B.F.A. in Animation. Her history is in freelance where she adapted to numerous different project needs and styles, dabbling in everything from fashion to 3D modeling before finding a home at Data Protocol. In this role, she has been given the opportunity to bridge the gap between data-oriented concepts and the learner through aesthetic appeal and intelligent design. In her free time, Carrigan enjoys a good horror movie (or a bad one), thrift store shopping, and painting in gouache. 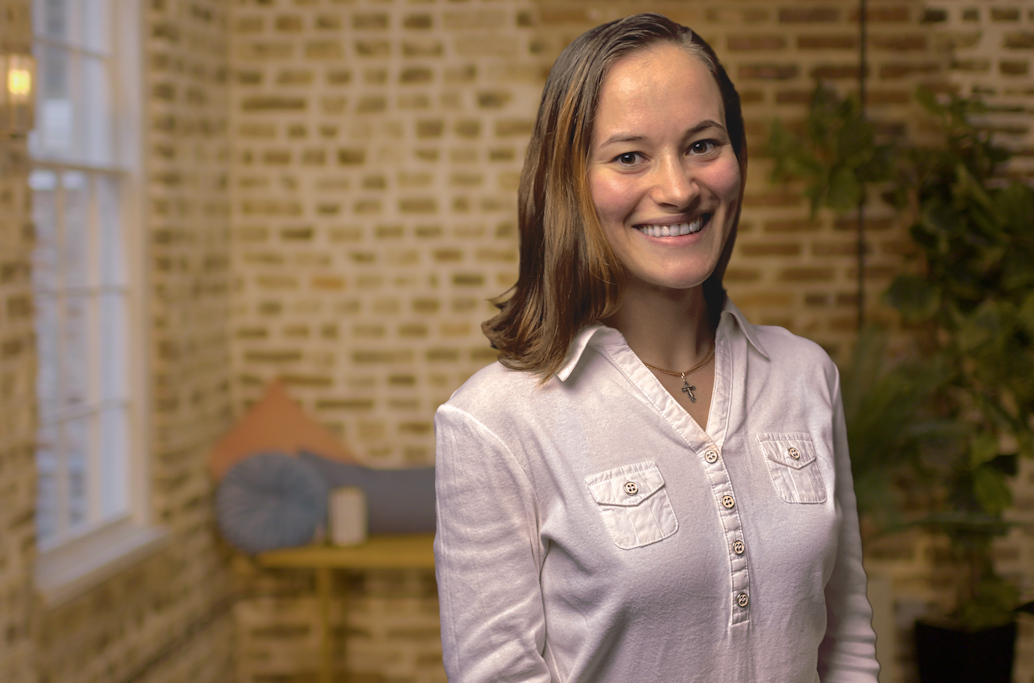 As the Office Manager, Liza uses her strong organizational background to manage the day-to-day affairs at Data Protocol headquarters. Liza graduated from College of Charleston with a B.S. in Biology and incorporates elements of scientific research and discovery to her work. She is curious about why and how things are done, and is passionate about improving efficiency in the office workflow. In her spare time, Liza enjoys sewing her own clothing and choral singing. 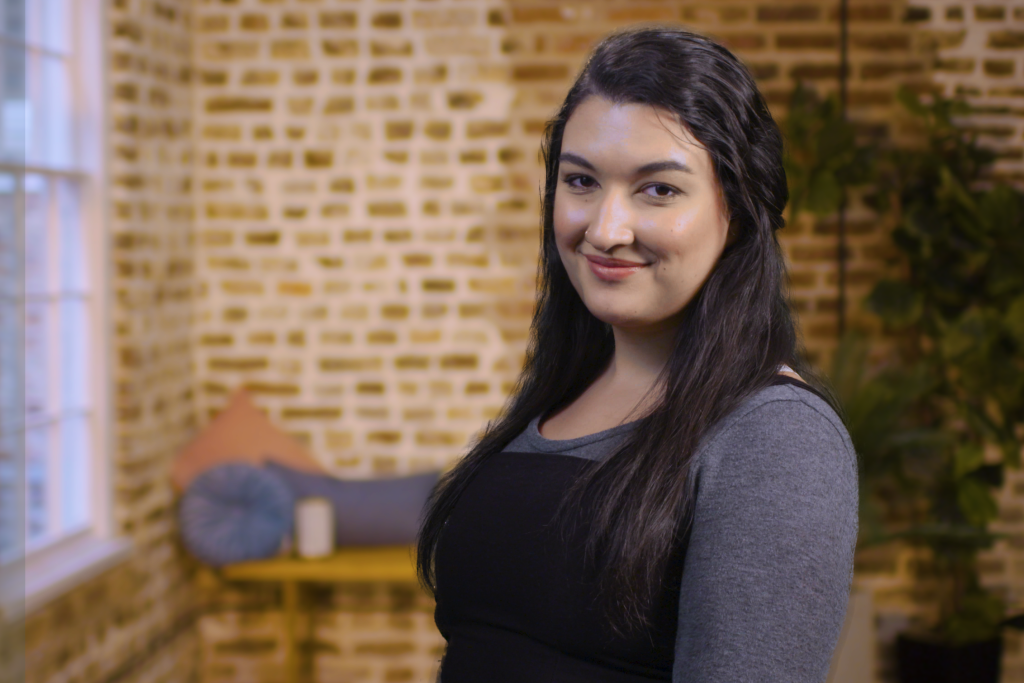 Brianna is a video editor with a knack for interpersonal relationships; two things that seemingly have absolutely nothing to do with the other. She has previously blended these skills to dig into her clients’ visions and provide the production experience and finished products they really want. She now uses this unique blend to make magic happen at Data Protocol. Brianna has previously worked with a vast array of clients, from global companies like Boeing to smaller nonprofits like Turn90, a program that works to decrease national recidivism rates. She believes that there is no client and no task too small for beautiful and captivating storytelling.

Why Does This Matter?

The rules and expectations for digital products and data privacy are changing. Across platforms, countries, and industries, the importance of data management and privacy protection is increasing. Public expectations, regulatory obligations, and industry standards are rising. New rules need new protocols. Data Protocol provides training and resources for developers and other technical professionals to have the skills to meet this rising standard without slowing down.

What Makes This Special?

Who Is This For?

If you write code, design products, or lead teams that do either, Data Protocol is a valuable resource for you and your company.

Data Protocol is a members-only platform. Membership is free of charge for developers regardless of any experience level. Members have access to all resources, training, and courses hosted on the platform. Click HERE to join.

How Do I Partner With Data Protocol?

Data Protocol works with developer-driven companies (platforms, API and SDK producers, and tool providers ) to train and support their internal workforce and external partners through our uniquely developer centric-designed Data Protocol platform. For companies providing developers with user data and data products the cost of breakage and policy violations far exceeds the price of training and support. Data Protocol makes every developer partner a managed partner.